Although Overijse is within cycling distance of Brussels, not many cyclists venture along the route. The existing cycle path between Jezus-Eik and the Herrmann-Debroux metro station is not very inviting, has significant differences in elevation and is located right next to motorway traffic.

With this project, it was decided to construct the F204 parallel to the E411 from Brussels to the Walloon border. The new bicycle highway will be shielded from traffic, differences in elevation will be limited and the project will be integrated as much as possible with the surrounding bicycle network.

Construction of the bicycle highway will go hand in hand with new cycle connections over and under the E411. That way, it will function optimally and avoid the fragmenting effect of the E411. 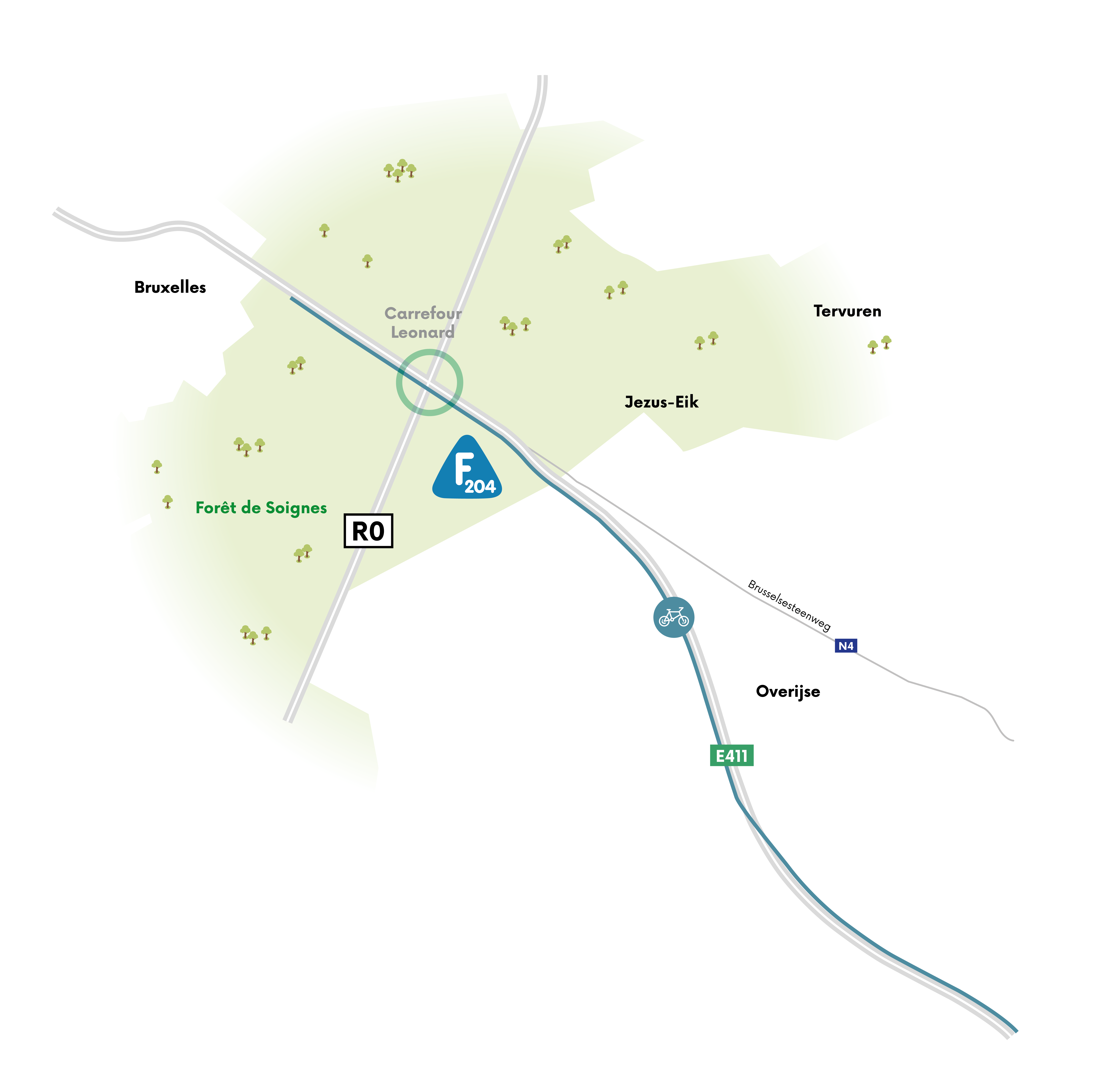