Final part of the F202 cycling highway has begun

On May 11, we began the construction of the final section of the bicycle highway between the Hippokrateslaan and the Statieplaats. We are simultaneously renewing the service road that provides access to, among other things, the "Parklane" residence and the PWC and Woluwe Garden industrial estates. These works will be completed in mid-July, before the start of the construction leave. When it’s done, you’ll be able to cycle comfortably and safely on a large part of the F202 bicycle highway.

The Tramlaan will open in early June for traffic entering and leaving on the right-hand side of the road. The intersections with the R22 will only be able to be fully taken into service at the end of the project. We will complete the new crossroads of the Leuvensesteenweg above the bicycle tunnel in May. Once traffic can return here, we will build the slope of the bicycle tunnel towards Zaventem. On the R22 Woluwe valley in the direction of Sint-Lambrechts-Woluwe, large parts will remain traffic-free, because the second half of the intersection with the Leuvensesteenweg has yet to be built. This will take place from June, which is when the third phase of the project will commence.

The final construction phase will commence in early June

During the final construction phase (Phase 3), the Leuvensesteenweg towards Brussels will be closed from the R22. It will also not be possible to turn onto the Leuvensesteenweg. There will be diversion in place via the Tramlaan and the Bevrijdingslaan. 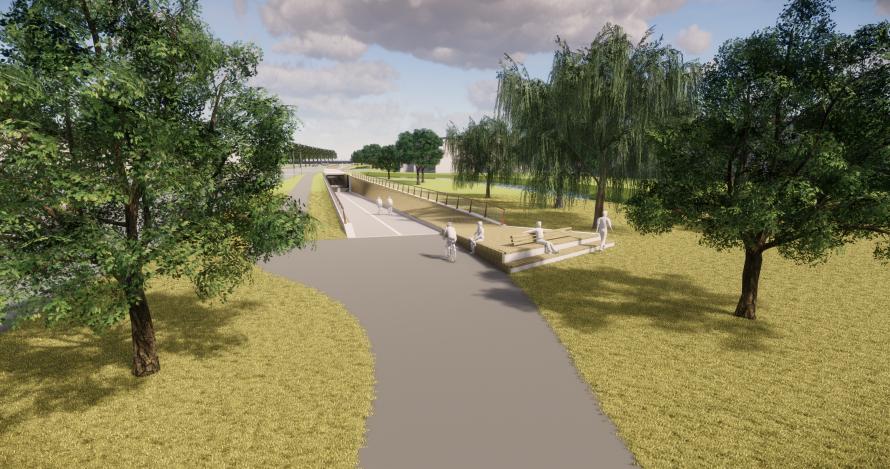